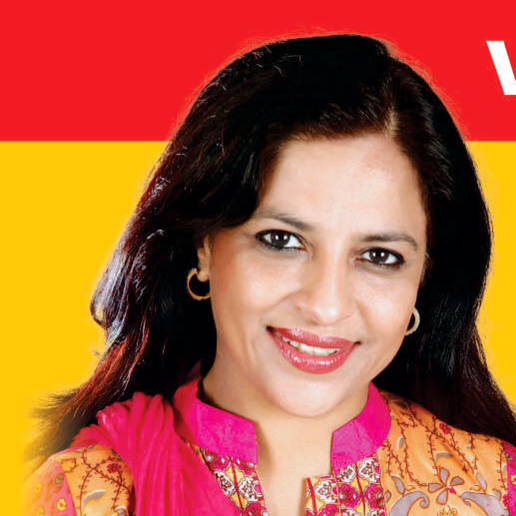 Former AAP leader Shazia Ilmi joined BJP today, a day after Kiran Bedi had come into the BJP fold. Shazia, earlier in the day had met BJP president Amit Shah in his house before she was formally welcomed into the party fold in a press meet by Satish Upadhyay, chief of the Delhi BJP unit.

Shazia’s Joining in BJP has been a talking point in Delhi for some time. This development is seen as a move by the BJP to woo the Muslim voters in the Delhi that comprise enough portion of the Delhi electorate to be ignored.

To take on Arvind Kejriwal , BJP first inducted his Anna movement co-activist Kiran Bedi and a day after it picked Shazia his former party colleague. Shazia had quit AAP in May last year questioning internal democracy of the party. Shazia had contested the parliament election last year in Ghaziabad in AAP ticket and had lost. She also had an unsuccessful electoral fight in Delhi assembly poll in 2013.

Shazia after her joining in BJP said “There is indeed a new political discourse in this country and we must all be a part of It.” however she is not interested to fight elections this time. “I don’t want to contest the elections and I think the party will respect my choice and not field me as a candidate,” she said before the media.