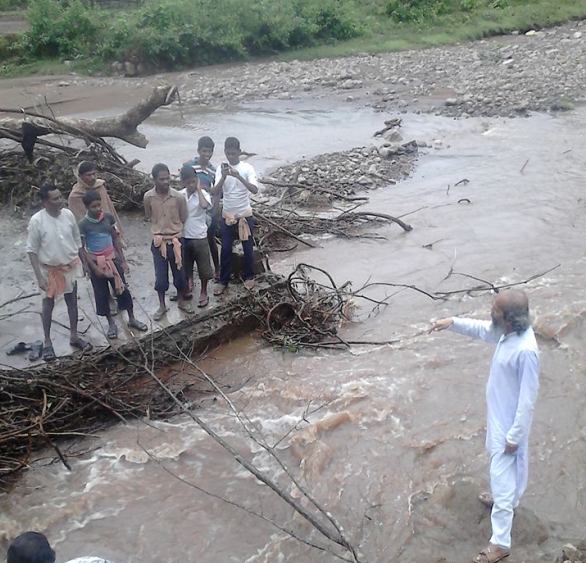 BHUBANESWAR:Villagers of Twelve villages in Nayagrh district are having a perilous daily commute for the last 12 months after the Phailin had damaged a bridge over the Malikapada rivulet. The commuting conditions for the villagers have become more acute after the Hudhud as a big tree came flowing in the rivulet to totally destroy that bridge.

As per a report provided by the Media cell of the Odisha BJP Unit a bridge between Kuchda and Mllickpada was damaged last year in the Phailin leaving road connectivity for 12 villages- Kuchida, Mallickpada, Saberi etc in a state of utter disarray, The functioning of the Sevashram School in Kuchida has been severely affected, tending to closure since then, says the report.
A big tree being uprooted in the Hudhud completely destroyed the bridge triggering anger among the villagers born out of frustration for the antipathy of the administration towards their plight. The concerned authority has failed to repair the bridge in 12 months.

They are planning for a demonstration in near future as they are reported to have said to senior BJP leader Pratap Sarangi who was on his way back from the election campaigning in Kandhamal.