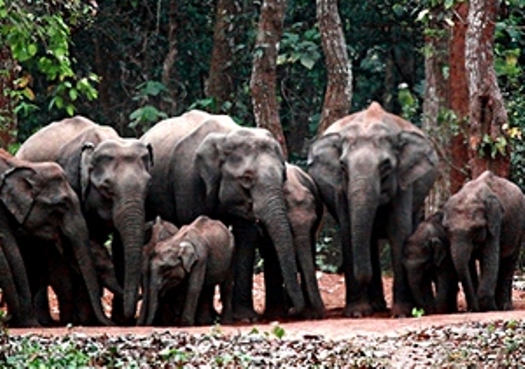 Elephant population in Odisha counts 1954 as per the 2015 census released on 29 June. This is with a marginal increase of 24 in the last three years. In 2012 there were 1930 elephants in the state. The census reveals that 213 elephants have perished during this period. Most of the deaths are unnatural.

It is found that six forests and wild life divisions do not have a single elephant there. Fourteen forest divisions has registered decline in jumbo population though 26 divisions have witnessed increase with the Mayurbhanj range being at the top in terms of growth followed by Dhenkanal.

Of the 1954 elephants sighted 1096 are cow elephants and 341 are tuskers with a healthy female male ratio of 3:1for growth of elephant population.

Rapid shrinking of natural habitat is obviously the major challenge for the jumbo population to expand and there are other challenges too to be added. In the span of three years since 2012 poachers have killed 20 elephants. Twenty-three elephants perished in electrocution 9 of them are planned electrocution while 14 are accidental 5 elephants died in poisoning. Death of 44 elephants has not be established.49 died of disease 23 died in infighting. Thirty –six met natural death.

Elephant census was conducted in 44 forest divisions with5607 people being engaged in the exercise.