The second wave of Corona in India is spreading at a much higher speed than the first one. In less than a month, the daily case count reached 1.84 lakh from 24 thousand a day.   As many as 10, 72,040 cases of Covid-19 have been detected in the last seven days. The Test positive rate in this period is above 11 per cent. However, the overall test positive rate reads 5.4 now, which was 5 per cent a month back. 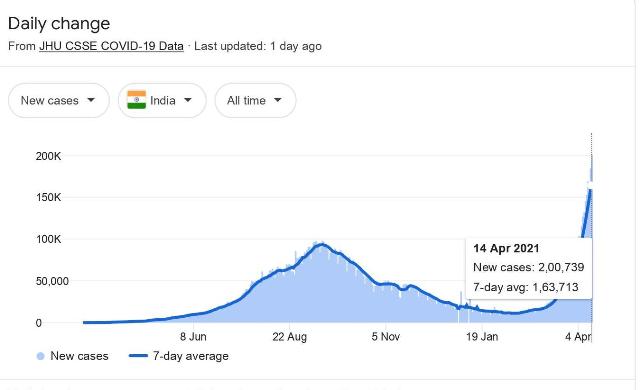 Maharashtra, with 60212, continues standing at the top of the states’ list regarding daily cases. Uttar Pradesh comes next with 17963, followed by Chhattisgarh 15121.As per the official report 82.04 per cent of the total cases of the day are from the top ten states.

India’s active case count increased by 101006 on Tuesday after 82339 patients recovered and 1027 died. Thus India has now 1365704 Covid patients under medical care. Of the total 68.16 per cent are concentrated in five states; Maharashtra alone constitutes 43.54 per cent of the total. Chhattisgarh, Uttar Pradesh, Karnataka, and Kerala are the other four in the top five. 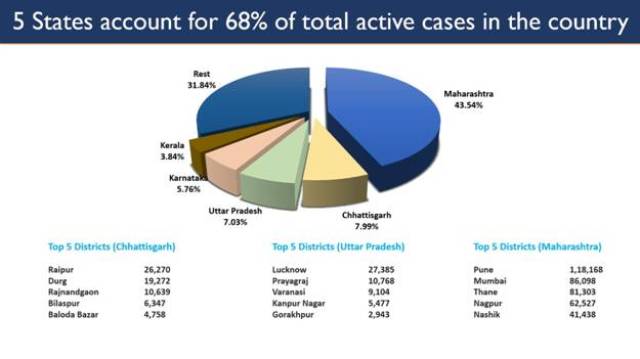 Like in the new cases, Maharashtra tops in Covid casualties also. It saw 281 new deaths on Tuesday of the total 1027 in India. India’s tally of Covid deaths counts 172085 as on today. 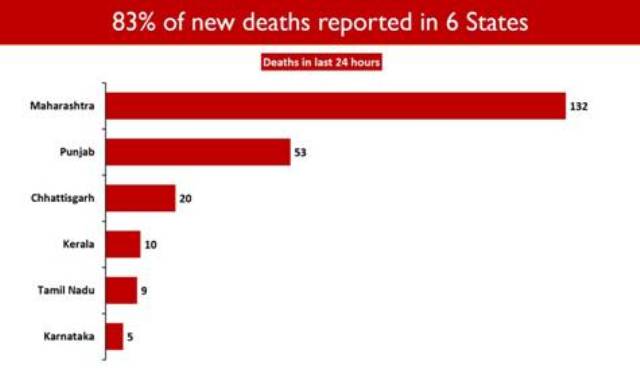