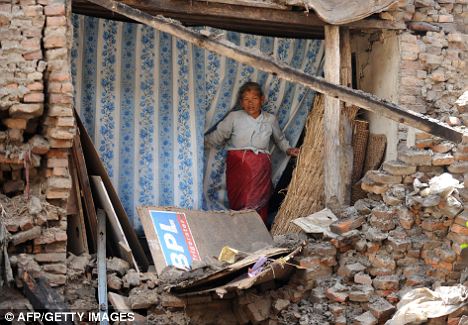 There are reports of fresh tremor on Monday for the successive third day in Nepal and India as the aftershock wave is yet to cease. According to a news report Nepal felt fresh quake of the magnitude of 5.1 in the richter scale. Part of West Bengal and Bihar in India too had experienced a major jolt of 6.6 in the richter scale.

The fresh shocks have further shattered the quake affected people who are struggling to reorganize themselves.
According to experts such aftershocks are usual seismic phenomena that may continue for two or three days after an earth quake. But in this quake the magnitude of the tremor are on the higher side.
Meanwhile casualty by the quake had crossed 4000.

IAF In joint exercise with NDRF, by Monday evening has evacuated 203 civilians to safe places and 47 to hospitals. Engineer Task Force (ETF) of the Indian Army has opened up the road between Kathmandu and Pokhra. Besides the satellite communication between Indian Army and Nepalese Army has also been restored.