B JP, in its first list on Thursday, has approved names for 99 assembly constituencies while Congress has selected 35 names earlier.

Debraj Mohanty who had joined BJP two days back will get the party ticket for Aska assembly constituency; Purna Chandra Nayak the other BJD deserter also got the ticket. He will contest from Dasapalla.

Sisir Gamango, son of former CM Giridhari Gomango, has been fielded in Gunpur. Pradeep Nayak got the ticket for Bhawanipatna.

The party has given a ticket to Naveen Nanda for Dhenkanal. Naveen, the former Dhenkanal legislator has joined Congress two days back. 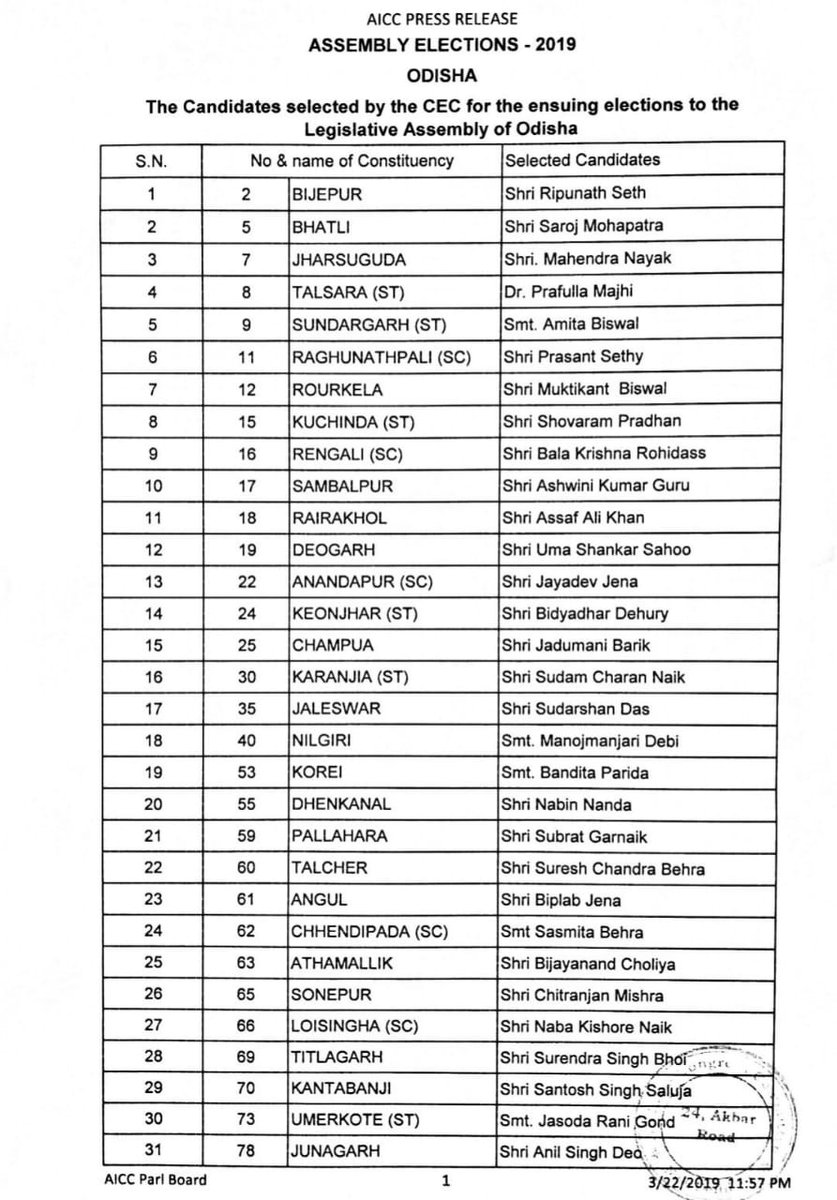 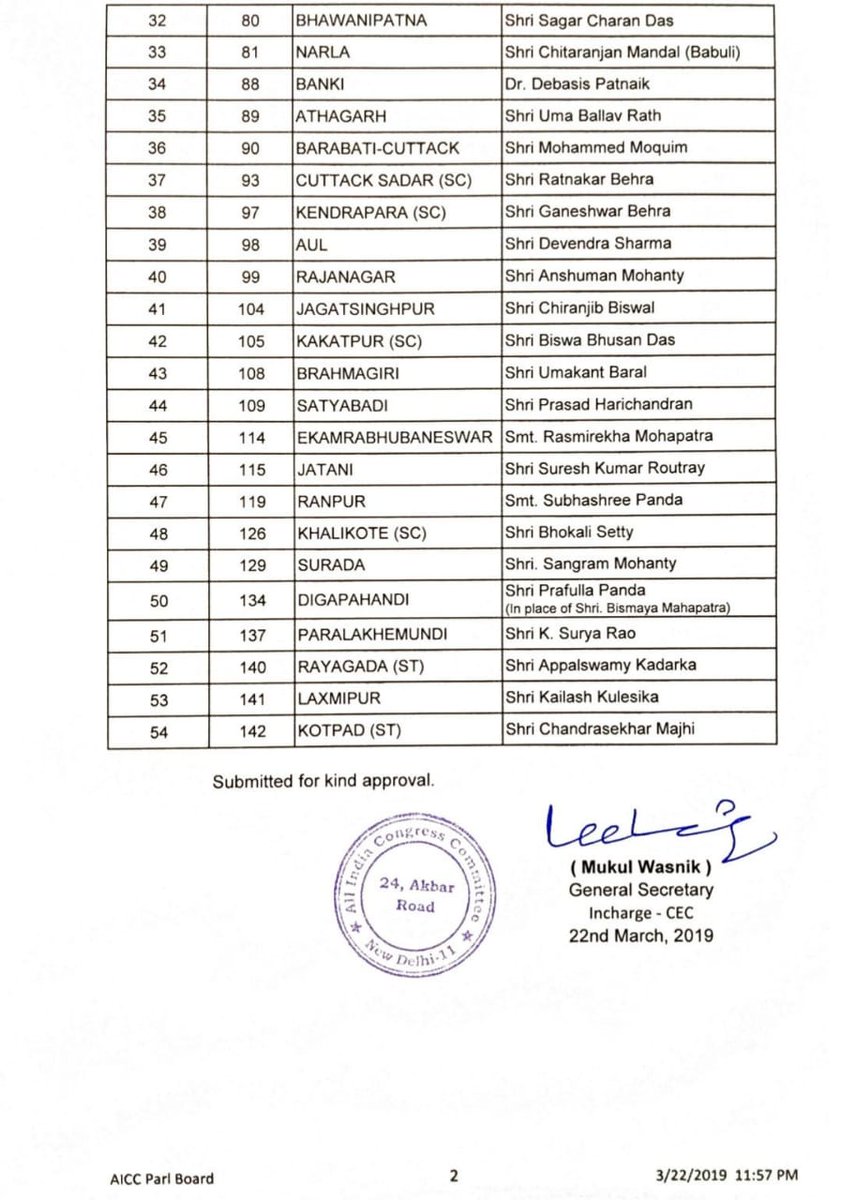