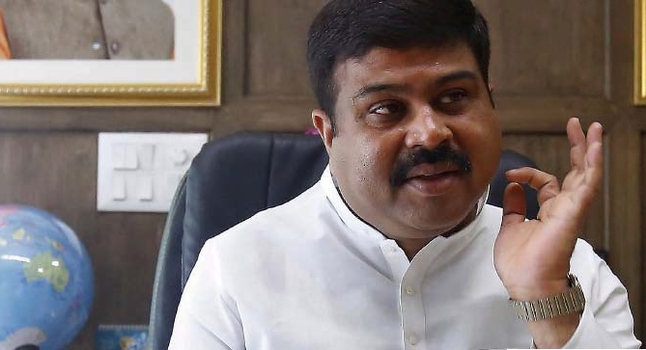 Union Petroleum Minister Dharmendra Pradhan has sought central intervention in the prevailing drought like situation in Odisha. He has urged a central team to visit Odisha to “take first- hand view of the situation and to suggest remedial measures and strategies to combat the agrarian and rural distress.” in the event of a drought.

The Minister who hails from Odisha has written a letter to the Union Agriculture Minister Radha Mohan Singh in this connection.
“Eight Districts- Dhenkanal, Khurda, Balangir, Boudh, Bargarh, Sambalpur, Kandhamal and Keonjhar have received less than normal rain fall additionally agricultural activities in 103 blocks in 23 districts have been adversely affected.” mentioned Mr. Pradhan In the letter that has been shared with media on Friday.

Deficient precipitation due to this year’s weak monsoon has led many parts of Odisha to a draught like situation, noted Mr. Pradhan in the letter to his colleague in the Union Cabinet.
The imminent drought in Odisha in the wake of a poor monsoon has activated both the government and the opposition. Chief Minister Naveen Pattnaik had directed his officials to present an assessment report on the impact of deficient rain on agriculture. He has sought the report in 7 days.

Prior to it a six –member BJP delegation led by K.V Singdeo had called on the Governor S.C Jamir on 14 Sept and apprised him of the drought like situation in Odisha on the basis of the findings of a BJP team that had visited 56 villages in 13 blocks to take stock of the situation.

A Congress team under former Union Minister K .C. Lenka is also touring across the state to realise the situation.