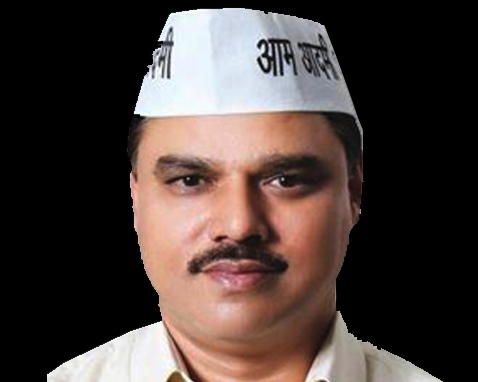 Jitendra Tomar, after a spurt of rapid fire political and legal stimulations since he was arrested on June 9at 11in the morning resigned as the Law Minister in the AAP government in Delhi, at about 6.30 in the evening the court rejected the minister’s bail plea rather Delhi police was granted to take him on remand.

Tomar was arrested in connection with a fake degree case. The Delhi police claim that it has the prima facie evidence against the minister of wrong doing in the matter. The documents, Jeetendra Tomar had submitted while taking admission for LLB from the Rammaohar Lohia Avadh University in Faizabad UP are found to be fake, claims the Delhi police before the media. They had visited to Bihar to investigate the matter with the court’s direction and found his law degree from Tilak Ram Manjhi Bhagalpur is also false.

“There is emergency-like situation in Delhi.” says the Delhi deputy chief minister. “Delhi police arrested a minister defying the constitutionally approved rights of an elected member.” He said, “All the corrupt forces have got together against us.”
Tomar has been charged under various IPC sections including 420 (cheating). He has also been charged under IPC sections 467 (forgery), 468 (forgery with purpose of cheating) and 120 (B) (criminal conspiracy).

The Delhi Bar Council, in May had filed a criminal case against Tomar in Hauz khas police station in South Delhi against Tomar alleging on the basis of a report given by the Rammanohar Lohia Avadh University that he had sought to enroll as a lawyer with false documents. The University did not verify the tomar’s documents that he had submitted for Admission into LLB.
Delhi Law minister Jeetendra Singh Tomar resigns after arrest