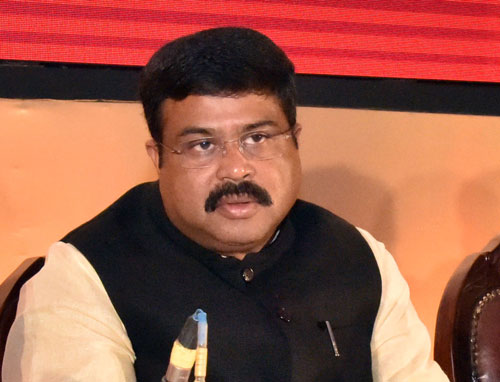 After the first round of the Panchayat elections In Odisha score card reads BJD-103, BJP-72 and Cong-11. The figures, of course are not officially authenticated but the trend is clear.

BJP is emerging as a force to be reckoned with in Odisha.

Out of the 188 zones went to poll in the first round BJP has acquired 72, an increase by tenfold in this segment. This is just more than replacing Congress at No-2 position. The party is heading to position itself from where it can stare at the powerful BJD’s eye.

How is it happening?

They say BJP made the electoral gain because BJD is under massive load of corruption charges, because there are internal feud in BJD, because the BJD government is not performing. But these are not newly developed traits in this party that has established unchallenged authority over Odisha politics for 16 years. BJD was carrying equal amount of corruption charges five years back as it is carrying to-day. Internal feud was well there in BJD during the previous elections also. The chitfund scam, the Nagada, the Dana Majhi, the gumudumaha are just new names.  These events have been occurring time and again throughout Naveen’s regime in different name and place. So what is the new that is leading to this outcome?  A leader to match Naveen Pattnaik is the new substance in the present political set up. This has never been there during this 16- year’s tenure of Naveen Pattnaik. Voter s of Odisha did not have an opportunity to look up to an alternative. Naveen had categorically nipped such materials inside his party. And the oppositions took care of the outer area for Naveen Pattnaik. BJP felt comfort walking by holding BJD’s finger till the later snatched its hand in 2009. Congress leaders chose the arena inside their own party to test their leadership prowess.

New conditions started developing in Odisha political climate after the 2014 general elections, after Narendra Modi came to power in Delhi and particularly after Dharmendra Pradhan made it to the central ministry. Pradhan meticulously engineered his political programmes in Odisha. Whether it was in event like Nabakalebar in 2015 or the IOCL inauguration in 2016 Dharmendra Pradhan made his impression marked. His conspicuous role in several Odisha related central projects set the political climate taking shape in his favour.

But the way he added aggression in his attack against Naveen Pattnaik in issues like Mahanadi, Nagada, Dana majhi etc people have started acknowledging the grit and willingness in him to take big responsibility in Odisha politics.

In politics shy and reluctance in a leader is sin. People there follow the fighting leaders. So, at least for now Dharmendra Pradhan a crucial factor that has contributed to the outcome in the first two phases of the panchayat elections.  Though one can count Modi factor, anti-incumbency against Naveen, effective poll management of BJP and so on for this impressive performance of BJP Dharmendra Pradhan is the binding force.