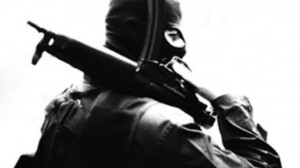 No cause, no reasoning, no logic in the universe provides the foundation to hold the Peshawar killing. You can’t term it as brutal or heinous not even madness. In the universe no brute, no demon, no mad has ever done such act. The Talibans did it. These elements have taken the act to an unimaginable dimension where anyone can be a subject to be killed. A barrier of scrupulous is removed now. The terror elements operating in the world will extend their limit of action to this level when they will be training their killing machines. This alarms the biggest threat to the civilization.

Of course the history has recorded all the massacres, genocides having ranges of brutality but the innocent children have never been chosen as objects of killing.

This act has taken place in our generation. The elements of such actions have grown in our generation. So the responsibility to wipe out these elements rests on us. Otherwise we would be cause for the destruction of the civilization. Our silence will catalyse their action. Let the world sound in unison ‘NO’, ‘NO’ to terrorism.

The world will fight against the terror elements .it is by virtue of the congenital onus to maintain the living system. It is time we recognized this inherited responsibility. No fear, no favor should be allowed to interrupt while discharging the responsibility in the battle against the threat on humanity.

The most unfortunate of it is that, the terror has found the garb of religion to deceive the humanity. This is the must to be spotted. There should not be any hesitation to admit that Islam is the religion that they have picked to use as their cause force to propagate terrorism.

So Islam followers have to come forward and respond to this act of terrorism. They have the biggest role in the fight. Their religious faith is in jeopardy. They have the onus to see that a handful brainless killing beasts couldn’t take away their life force for annihilating the humanity.